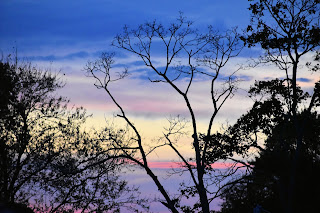 Posted by Patricia A. Petow at 8:00 PM No comments:

The government is not stupid and bad

Lewis elaborates on the concept throughout the book as he tell the stories of other pre-Trump government managers, focusing on the department of energy and the weather bureaus of the department of commerce.  More than institutional knowledge, project management involves a passion to anticipate (imagine) service to the public.  Good project management needs people who are mission driven.  It encompasses the government’s providing services or solving problems that the government can provide or solve or that the government does in the absence of action by other institutions or business interests.

On the other hand, the Trump transition and the appointment of cabinet secretaries and agency managers, with few exceptions, reveal indifference, incompetency, lack of knowledge in general and an ignorance of science in particular and an arrogant pre-disposition that everything government does is “stupid and bad.”  The Trump Administration, as Lewis details with respect to the weather agencies, favors exploitation of public data for narrow commercial motives.  Just like Trump himself.

This is how Lewis characterized Rick Perry, the head of the department of energy.  “[Perry’s] sporadic public communications have had in them something of the shell-shocked grandmother trying to preside over a pleasant family Thanksgiving dinner while pretending that her blind-drunk husband isn’t standing naked on the dining-room table waving the carving knife over his head.”

The Fifth Risk also describes the other cited risks, three of which involve nuclear matters.  To borrow the title of an earlier Trump book by David Cay Johnston, It’s Even Worse Than You Think.

Posted by Patricia A. Petow at 1:10 PM No comments:

Thank you Senators Heitkamp and Donnelly.

U.S. Senators Heidi Heitkamp of North Dakota and Joe Donnelly of Indiana voted with their party not to confirm Brett Kavanaugh to the Supreme Court.

Senator Joe Manchin III of West Virginia was the only Democrat in the Senate that voted to confirm.
Posted by Patricia A. Petow at 2:32 PM No comments: